Home DiabetesWhat are different Types of Diabetes? Find Out

There are three types of diabetes:

Type 1 diabetics produces zero to minimal quantities of insulin. Hence, they requires insulin therapy for the rest of their life. It accounts for less than 5% of diabetics. The underlying mechanism is an autoimmune process where your own immune cells start to attack and kill your own insulin-producing cells. Consequently, your pancreas does not produce insulin. As a result your blood sugars starts to rise rapidly, giving rise to symptoms of excess urination, thirst, weight loss and weakness. If not diagnosed in time, you may end up in the hospital with a serious condition, called  DKA (Diabetic Keto-Acidosis.)

The is the most common form of diabetes and accounts for about 95% of the patients. If properly managed, Type 2 diabetics usually do not require insulin therapy.

Typically, these individuals do not lack insulin. In fact, most of them have too much insulin. But, their body cannot properly utilize insulin as there is resistance to its action. This is called insulin resistance.

How Long Does It Take To Develop Type 2 Diabetes?

It takes many years of insulin resistance before you become diabetic. Typically you have no symptoms during this period of time. In fact, you may get a perfect health score from your General Practitioner on your annual check-ups. After many years, your fasting blood sugar starts to rise slowly. Still, your healthcare professional may call it borderline and typically nothing is done. During this time, however, you are developing complications of Insulin Resistance: heart disease, high blood pressure, stroke, fatty liver, Polycystic Ovarian Syndrome ….

The Test To Diagnose Diabetes Early

Unfortunately, physicians do not order a blood test that can diagnose diabetes early before any other test would. This test is called Glucose Tolerance Test.

The patients with LADA have features in between Type 1 and Type 2. Hence they are also called 1.5 diabetics.

Like Type 2 diabetics, symptoms develop after the age of 30. But, these individuals are usually thin, in contrast to Type 2 diabetics. These diabetics do not require insulin for a long time. But ultimately, their pancreas succumb to to the autoimmune process. Then, they need insulin therapy.

For more details, please refer to my book, “Reverse Your Type 2 Diabetes Scientifically.” 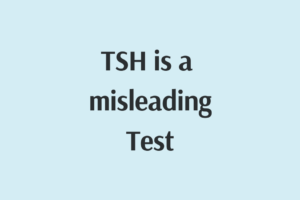 TSH may be a misleading test for thyroid function – This Why?

TSH level is often a misleading test for the assessment[...] 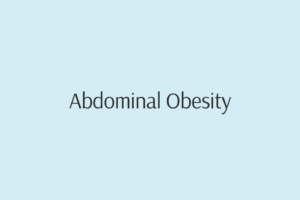 Abdominal obesity is an accumulation of excess fat in your[...]

Fatty liver is commonly present in patients with Prediabetes, Type[...]