Benefits and Side-effects of Every Anti-Diabetic Medication

Home UncategorizedBenefits and Side-effects of Every Anti-Diabetic Medication

Benefits and Side-effects of Every Anti-Diabetic Medication

If you decide to go on an anti-diabetic medication you should discuss this important question with your physician: Why has the doctor chosen a certain drug and what are its advantages and disadvantages, including all of the possible side-effects?

Which Anti-diabetic Medication and Why?

In choosing anti-diabetic medications, I focus on treating Insulin Resistance — the root cause of Type 2 diabetes — first and foremost. Therefore, I primarily utilize those anti-diabetic drugs which help to treat insulin resistance.

Here is a list of commonly prescribed anti-diabetic medications in the U.S.A., listed by their brand as well as generic names, followed by more detailed and specific information about their benefits and side-effects.

*Glucagon is a hormone produced by the alpha cells of the pancreas. It increases blood glucose.

Please note that I discuss only the main clinical points about these anti-diabetic medications, primarily based on my clinical experience. The description may not include every possible side-effect of the drug, for which you may want to consult your physician or surf it on the internet.

Metformin was released for use in the U.S. in 1994 under the brand name of Glucophage, although it had been in use in other parts of the world for many years. Now, metformin is also available under several other brand names such as Fortamet, Glumetza, and Riomet.

Metformin primarily acts by reducing insulin resistance at the level of the liver. Normally, the liver is actively producing glucose during the night when you are asleep. And this phenomenon is exaggerated in Type 2 diabetic patients. Now you understand why you may wake up with high blood glucose even though you didn’t eat anything overnight. Metformin reduces this excess glucose production by the liver and helps to lower your morning blood glucose.

Why Stop Metformin Before a CT san?

You should withhold metformin for twenty-four hours after a procedure involving administration of a dye, such as a coronary angiogram or CT scan. The rational for this precaution is that you may develop kidney failure after these types of procedures. If metformin is continued in the presence of kidney failure, you can develop lactic acidosis. A blood test for kidney function (serum creatinine) should be performed twenty-four hours after the procedure. You can resume metformin if this test is normal.

Actos (pioglitazone) belongs to the class of drugs known as TZD (short for thiazolidinedione) drugs. This anti-diabetic medication was released in the U.S. in 1999.

Actos (pioglitazone) has a slow onset of action. You do not see any significant effect on blood glucose during the first two weeks of therapy. You will see its peak effect at three to four months of treatment.

Does Actos (pioglitazone) cause an increased risk of urinary bladder cancer?

Some layman press makes it sound like there is a strong association between Actos (pioglitazone) and urinary bladder cancer risk. What is the truth? Let’s look at the study that is at the root of all of this confusion. This study (3) is from Kaiser Permanente Northern California (KPNC) pharmacy database, published in Diabetes Care in 2011. In my opinion, the study was poorly designed. First of all, it is a retrospective study. Like other retrospective studies it suffer from the investigator’s bias. For example, significantly more people in the Pioglitazone-group were smokers, a very well-known risk factor for urinary bladder cancer. Many more Pioglitazone treated patients were also on insulin and sulfonylurea drugs than the non-Pioglitazone group. Despite all of these biases, the authors themselves concluded the following:

“In this cohort of patients with diabetes, short-term use of pioglitazone was not associated with an increased incidence of bladder cancer, but use for more than 2 years was weakly associated with increased risk.”

Those findings were based on the interim analysis of the data. However, the final results of the study did not show any evidence between Actos and risk for bladder caner.

Starlix (nateglinide) and Prandin (repaglinide) act by stimulating the pancreas to produce more insulin. These anti-diabetic medications do not treat insulin resistance, the underlying disease process of Type 2 diabetes.

Benefits Of Starlix and Prandin

Side-effects Of Starlix and Prandin

Byetta (exenatide), Victoza (liraglutide) and Trulicity (dulaglutide) are similar drugs. These anti-diabetic medications act by mimicking a chemical in our body known as GLP-1 (glucagon-like peptide-1).

Byetta (exenatide), Victoza (liraglutide) and Trulicity (dulaglutide) have several actions that include:

However, these anti-diabetic medications do not treat insulin resistance, the underlying disease process of of Type 2 diabetes.

Because Byetta (exenatide), Victoza (liraglutide) and Trulicity (dulaglutide) slow down stomach emptying, they may reduce the absorption of other orally administered drugs, such as antibiotics and contraceptives. Therefore, take your birth control pills or antibiotics at least one hour before these anti-diabetic medications. In addition, these drugs can interfere with blood thinner, Coumadin. Therefore, monitor your INR  (International Normalized Ratio) more frequently while on these anti-diabetic drugs.

In addition, these anti-diabetic medications can worsen gastroparesis in diabetic patients. What is  gastroparesis? It is a condition that results from the effects of diabetes on the nerves that control the emptying of the stomach. Symptoms of gastroparesis include bloating of stomach after meals.

These anti-diabetic medications are called DPP-4 inhibitors or “gliptins.” These drugs act by inhibiting an enzyme, called DPP4 (Dipeptidyl peptidase-4.)  As a result, there is an increase in the insulin release from the beta-cells of the pancreas in response to food.

These anti-diabetic drugs are called sulfonylurea agents. Before 1994, these were the only oral drugs available in the U.S. for the treatment of Type 2 diabetes. These anti-diabetic medications stimulate the pancreas to produce more insulin. Their effect usually lasts for about twenty-four hours. However, in patients with kidney failure, their effect can last up to two to three days.

These anti-diabetic drugs start working immediately and are very effective in lowering blood glucose in the short term.

Precose (acarbose) and Glyset (miglitol) act by decreasing glucose absorption from the intestine after eating a meal. These drugs are particularly useful if you tend to have high blood glucose levels after your meals. However, these are weak drugs to control blood glucose levels.

While on these diabetic medications, patients frequently experience gastrointestinal side effects, such as flatulence, diarrhea, and abdominal pain; even liver toxicity can develop, especially with larger doses.

Liver function tests should be done every two to three months if you are on Precose (acarbose) or Glyset (miglitol).

These drugs work through your kidneys through a similar mechanism of action. They inhibit sodium-glucose co-transporter2 (SGLT2) in the kidneys. That’s why Invokana (Canagliflozin), Farxiga (Dapagliflozin), and Jardiance (Empagliflozin) are popularly called SGLT-2 inhibitors. As a result there excess glucose is dumped through your urine.

However, these anti-diabetic medications do not treat insulin resistance, the underlying disease of Type 2 diabetes.

In addition to lowering of blood glucose, these anti-diabetic medications  also work as a diuretic and get rid of excess water. It is a beneficial effect in those Type 2 diabetics who have weak heart.

These anti-diabetic medications may cause the following side-effects:

How About Insulin For Type 2 Diabetics?

In my opinion, insulin is not a good choice for most Type 2 diabetic patients. Why? Because insulin therapy may do more harm than good. In fact, most Type 2 diabetic patients suffer from excess insulin due to insulin resistance. Injecting more insulin may control their blood glucose but it does not treat the root-cause which is insulin resistance. In addition, large amount of insulin is not good for the body and has serious side-effects including weight gain, water retention, low blood sugar, and high risk for heart disease, stroke and cancer.

If you want to learn about various insulins, please click here: Treatment of Type 1 diabetes

A wide range of anti-diabetic drugs are available to treat Type 2 diabetes. Each class of anti-diabetic medications have different mode of action. In addition, they also have different side-effects. Hence, you and your physician should carefully choose the diabetic medications which are right for your situation. However,  these anti-diabetes drugs should be part of a comprehensive plan to treat Type 2 diabetes. 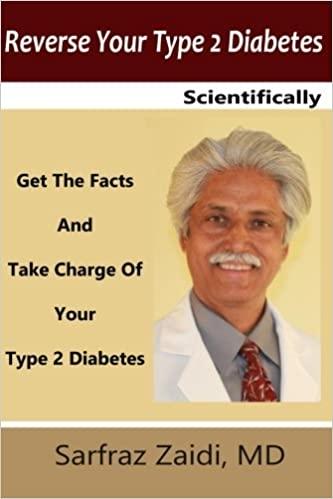 Complications of Type 2 Diabetes – How To Prevent

Complications of diabetes occur if it is not treated[...] 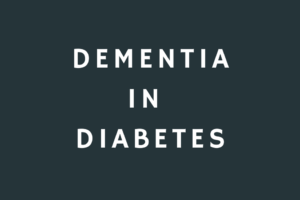 Dementia in diabetes is usually a progressive decline in intellectual[...] 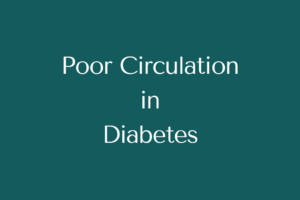