Learn what Type 2 diabetes is in detail. Only then, can you get in the driver’s seat and not fall for common misconceptions and unscientific recommendations. Ultimately, it is your health and only you can take charge of it. For example, the majority – about 95% – of diabetic patients are Type 2. In contrast to Type 1 diabetics, most Type 2 diabetics do not need insulin shots to manage their diabetes.

What Exactly Is Type 2 Diabetes?

In Type 2 diabetes your body is unable to utilize glucose properly. This happens due to a process in your body called insulin resistance. Simply put, insulin resistance means there is resistance to the action of insulin. For example, your muscles cannot take up glucose in adequate amounts. Consequently, your muscles become weak and glucose stacks up in the bloodstream. Insulin resistance not only gives rise to high blood sugar levels, it also causes narrowing of the blood vessels throughout your body. In this sense, it is a chronic disease of complications such as heart disease, stroke, poor circulation, and erectile dysfunction, etc.

What is Insulin Resistance?

Insulin is a hormone produced by specialized cells in the pancreas, known as beta-cells. One of the main functions of insulin is to drive glucose from the blood into the cells, especially muscle cells, where it is used as a fuel to produce energy.

In individuals prone to develop Type 2 diabetes, the doors in the cell wall are difficult to open, as if their hinges are rusty. Consequently, insulin cannot easily open the door. This is called insulin resistance.

Now, instead of one doorman, you need three or four doormen to pry the door open. In other words, your pancreas produces more and more insulin in response to insulin resistance. This keeps your blood sugar in the normal range for a long time. If insulin resistance is not treated, as is often the case, the pancreas eventually becomes exhausted and insulin production starts to drop. At this stage, your blood glucose levels start to rise, and you gradually develop prediabetes and then diabetes.

At What Age Do You Develop Type 2 Diabetes?

Some people become Type 2 diabetic at a relatively young age while others don’t until late in life. Why is it so? The ability of the pancreas to produce insulin varies from person to person. Some people have a limited ability to produce insulin in the face of insulin resistance. They develop diabetes at a younger age—in their twenties and thirties or even in their teens. Others have an extraordinary ability to produce large amounts of insulin in response to ongoing insulin resistance. These patients do not develop diabetes until late in life. They may even die of a heart attack or stroke before they develop diabetes.

Type 2 Diabetes – A Disease of Complications

Type 2 diabetes is only one of the many manifestations of insulin resistance. Other manifestations include prediabetes, high blood pressure, cholesterol disorder, heart disease, stroke, dementia, fatty liver, and a high risk for cancer.

Unfortunately, many people have already developed complications of insulin resistance – such as heart disease –  by the time they are diagnosed as Type 2 diabetics. This is in part due to the fact that we physicians are lazy in our diagnostic approach.

Find out which test diagnoses Type 2 diabetes years before the usual tests that your physicians relies on. In addition, many physicians are not fully aware that heart disease, high blood pressure, stroke, dementia and fatty liver in a Type 2 diabetic have a common thread – insulin resistance – which will continue to create more complications if not treated aggressively.

What Is The Leading Cause Of Type 2 Diabetes?

Our modern lifestyle – stress, obesity, lack of exercise, poor nutrition, lack of vitamins and minerals –  is the leading cause of Type 2 diabetes. For instance, there were only 1.6 million diabetics in the US in 1958, which was 0.93% of the population. 1 But in 2020, the number of diabetics in the US rose to a staggering 34.2 million which is 10.5% of the US population.2 The situation around the world is also pretty bad. There were 463 million diabetics around the world in 2019. 3

In the same study, the prevalence of diabetes was 4% in poor countries versus 10.4% in rich countries. These facts strongly support the notion that Type 2 diabetes is a disease of our modern lifestyle.

What Is The Difference Between Type 1 and Type 2 Diabetes?

In Type 1 diabetes, your body does not produce any insulin. This happens due to an autoimmune process in which your own immune system goes haywire. Then, it starts to attack and kill your insulin-producing cells in the pancreas. These cells are called beta cells. Lack of insulin leads to rapid buildup of glucose in the blood stream.

Type 2 diabetes, other other hand, is a completely different disease process. Here, insulin resistance is the root cause. Most Type 2 diabetics continue to produce insulin, often in large quantities for a long time. During this time insulin resistance continues to worsen. Eventually, your sugar (glucose) starts to stack up in the blood.

In this sense, Type 1 and Type 2 diabetes are completely different diseases. The only thing they have in common is high blood sugar levels. For this reason, scientific treatment of these two separate diseases should also be different.

Type 2 diabetes is one of the consequences of a slow chronic disease process in the body, called insulin resistance. Other complications of insulin resistance include high blood pressure, heart disease, stroke, dementia, fatty liver, and cancer.

How To Diagnose Type 2 Diabetes

Disclaimer: Please do not stop insulin or any other medications on your own.

Diabetic Kidney Disease is the single largest cause of kidney[...] 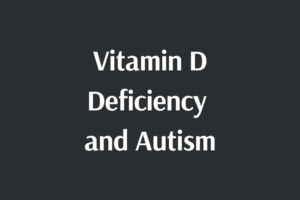 Vitamin D deficiency and Autism link has been on the[...] 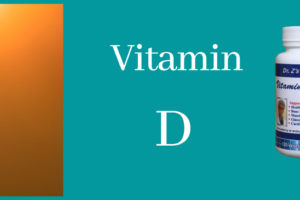 Title: Do You Know Who You Are, in Real?