PreDiabetes is a very common medical condition which unfortunately remains undiagnosed in a majority of people. About 60 million Americans are estimated to be suffering from it and yet don’t know it.

“Do I have PreDiabetes?”

You have PreDiabetes if you have one of the following two conditions:

Impaired fasting glucose (IFG)  and Impaired glucose tolerance (IGT) are precursors for diabetes and therefore, are also known as pre-diabetes.

From a medical standpoint, these conditions  should be regarded as early diabetes. The development of diabetes is a long process that usually spans a period of 10-20 years. During this time, the process of insulin resistance is going on. Insulin resistance is the underlying cause for IFG and IGT.

You have impaired fasting glucose if your fasting blood glucose is more than 100 mg/dl. but less than 125 mg/dl.

In many patients with impaired glucose tolerance, a routine fasting blood glucose test is often normal.

Therefore, this important condition can be missed if an oral glucose tolerance test is not performed.

Unfortunately, most physicians in the US rely only on the fasting blood glucose. They don’t take the extra step of doing an oral glucose tolerance test. Consequently, this important medical condition with serious complications remains largely undiagnosed.

The test results are interpreted as follows:

Why is it so important to diagnose Impaired Glucose Tolerance?

Impaired Glucose Tolerance is just the tip of the iceberg. In fact, these patients are suffering from a much more complicated disease process called insulin resistance.

These patients are at high risk for heart disease, stroke, dementia, peripheral neuropathy and leg amputations.

A number of excellent scientific studies clearly show that patients with impaired glucose tolerance have a markedly increased risk for heart disease. These famous studies include the Chicago Heart Study , the Rancho Bernardo Study , the Honolulu Heart Study and the Funagata Diabetes Study. These landmark studies were published in the journal of the American Diabetes Association, Diabetes Care in 1997, 1998 and 1999 respectively.

Data from the Second National Health and Nutrition Examination Survey Mortality Study was recently analyzed by the researchers at the Johns Hopkins University School of Medicine. It was concluded that in the US population, there is 40% greater risk for cardiovascular mortality in individuals with impaired glucose tolerance. This study was published in 2001 in Diabetes Care.

In the Hoorn Study, people in the Dutch town of Hoorn with impaired glucose tolerance were found to have a higher risk for cardiovascular mortality. This study was published in 1999 in the prestigious Europian journal, Diabetologia.

Patients with impaired glucose tolerance are also at high risk for narrowing of the carotid arteries, which places them at risk for stroke, mini-stroke and dementia.

Yamasaki and his colleagues did an excellent study published in Diabetologia in 1995.  Utilizing ultrasounds of carotid arteries, they demonstrated that patients with impaired glucose tolerance have narrowing of these blood vessels.

In the Hoorn Study, impaired glucose tolerance was found to be a risk factor for the narrowing of the carotid arteries.

In my clinical experience, impaired glucose tolerance is frequently found in patients with stroke and dementia.

Symptoms of  peripheral neuropathy include numbness, pain, tingling or a burning sensation, usually in the feet and at times, in the fingers as well.

Progression to full-blown diabetes can be prevented in these patients if this condition is properly diagnosed and aggressively treated.

Sadly, most physicians do not order the Oral Glucose Tolerance test and therefore, this very important condition remains undiagnosed in a majority of  patients.

In an excellent article published in Diabetes Care, the author reviewed extensive scientific evidence of the significance of diagnosing impaired glucose tolerance in the clinical practice .

Who is at risk for PreDiabetes?

Following are the risk factors that increase your likelihood of PreDiabetes:

Several scientific studies have shown that the decline in glucose tolerance usually begins in the third decade and continues throughout adult life.

In a study published in July 2001 in Diabetes Care , Japanese investigators reviewed data from 13,694 individuals who underwent a 2 hours oral glucose tolerance test during a health screening in Japan between 1994 to 1999.

However, there were a number of individuals who had a normal fasting blood glucose, but turned out to have impaired glucose tolerance on an Oral Glucose Tolerance Test, especially in older individuals.

Aging is a strong predictor of impaired glucose tolerance. It is estimated that there is a mean increase of 9.4 mg/dl per decade in the values of 2 hours post meal blood glucose, starting at age thirty. The authors of this article stress the importance of performing an Oral Glucose Tolerance Test, especially in older individuals.

Who should be tested for Prediabetes-Impaired Glucose Tolerance (IGT)?

2. Obese individuals, even under the age of 30.

5. People with coronary artery disease, including those who have had angioplasty, stent placement or heart bypass surgery.

7. People with peripheral vascular disease, also known as poor circulation in the legs.

8. People with peripheral neuropathy, which often manifests as pain, tingling or numbness in feet, which is usually worse at night.

10. Women with a history of gestational diabetes.

This treatment should also prevent the progression to frank diabetes.

Therefore, the goals of treatment of impaired glucose tolerance are:

Stress of daily living is a major factor that causes prediabetes. Stress increases your cortisol level and adrenaline level. Both of these hormones worsen your insulin resistance. Therefore, stress management is the most important step in treating your prediabetes.

Stress comes from the busy mind. What is the basis of the busy mind and how to be free of it? Learn it from my book, “Stress Cure Now.”

A low-carbohydrate diet helps to treat PreDiabetes and prevent it from getting worse.

For diet, the key element is consistency and awareness about your eating habits.

You can break your old eating habits. Just be aware of them and don’t get taken over by them. See detailed explanation how to break your eating habits  in “Stress Cure Now.”

I have formulated an Herbal combination that may help you to cope with the stress of daily living. It is called Stress Buster.

Aerobic exercise helps to treat insulin resistance. In this way, exercise is an important tool in treating PreDiabetes.

How much exercise? Just about 30 minutes a day.

For example, walking 30 minutes a day is an excellent exercise. Consistency is important.

Certain Vitamins and herbs have been shown to reduce insulin resistance in excellent scientific studies. These vitamins/herbs are:

There are two drugs that treat insulin resistance. These are Metformin and Pioglitazone. These drugs are approved for the treatment of Type 2 diabetes. Each has potential side-effects, which you should explore and discuss with your health care professional before you embark on either of these medications. 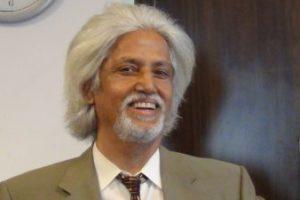 This osteoporosis YouTube video is based on an in-depth –[...] 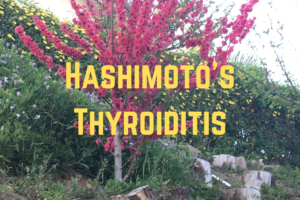 Hashimoto’s thyroiditis, also known as Hashimoto’s disease is a common[...] 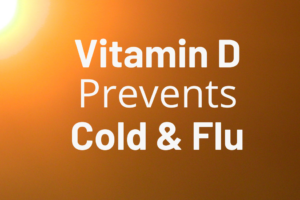 Vitamin D prevents Cold and Flu, according to several scientific[...]

Title: Do You Know Who You Are, in Real?