A thyroid cancer is usually discovered as a result of a fine needle aspiration biopsy or the surgical biopsy of a thyroid nodule.

Once thyroid cancer has been diagnosed, thyroid surgery is performed to remove all the thyroid tissue, followed in many cases by a dose of radioactive iodine which serves two purposes:

A. It destroys any remaining thyroid cells, cancerous as well as non-cancerous.

B. Once all the thyroid cells are destroyed, the body can no longer produce a substance called thyroglobulin (which is normally produced only by the thyroid tissue).

Thus, measuring serum thyroglobulin becomes an excellent tool to detect the recurrence of thyroid cancer, indicated by an increase in thyroglobulin level.

2.  Measuring serum thyroglobulin on a yearly basis to detect any recurrence of the thyroid cancer.

3. Total body scan on a yearly basis to detect any recurrence of the thyroid cancer.

In the past, we had to stop a patient’s thyroid hormone pills for several weeks before doing the whole body scan. This is called the Withdrawal Scan.

The patient had to got through a miserable period of several weeks of hypothyroid symptoms.

However, in the last few years, a new way of doing the whole body scan has developed in which the patient does not have to be off the thyroid hormone pills.

This is called the Thyrogen Scan.

Thyrogen is a synthetic form of TSH (thyroid stimulating hormone). It is given in the form of an intramuscular injection on two consecutive days.

Radioactive iodine is given 24 hours after the last injection of Thyrogen and whole body scan is obtained 48 hours later.

Thyrogen injections can cause side-effects such as headache, Flu like symptoms, breathing difficulties and even heart attacks and deaths have been reported.

The physician administering Thyrogen injections (usually a radiologist) should discuss potential side-effects of Thyrogen with the patient before giving Thyrogen. 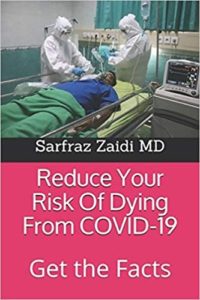