Six Herbs for Diabetes In One Capsule – Diaherbs

Six Herbs for Diabetes In One Capsule – Diaherbs 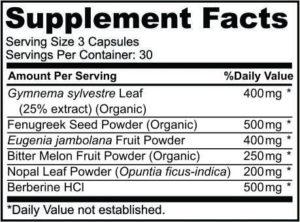 DIAHERBS contains six herbs for diabetes in one capsule – a premium blend of diabetic herbs formulated by an endocrinologist, Dr. Sarfraz Zaidi, MD.

1 capsule after every meal – total of 3 per day – or as recommended by a healthcare professional.

Is there scientific evidence that herbs can lower blood sugar? The answer is yes! In this article, you will learn about these scientific findings that clearly support the use of herbs for type 2 diabetes.

Fenugreek – No.1 Herb for Type 2 diabetes

Traditional medicines all over the world use fenugreek seeds to help diabetics. Recently, researchers have been conducting scientific studies for the beneficial effects of fenugreek in diabetes.

A number of studies show that fenugreek can lower blood glucose in diabetics. In a recently published study (1), researchers analyzed data from 10 clinical trials of Fenugreek in diabetic patients. They found that fenugreek significantly decreased fasting blood glucose by about 18 mg/dl. In addition, it lowered post-meal glucose by about 40 mg/dl and hemoglobin A1c by 0.85%, as compared with placebo.

Bitter melon is also called bitter gourd. It is vegetable that is commonly used in many Asian countries.

A review article (9) critically evaluated the studies for the glucose lowering effects of bitter gourd. The authors concluded that some of the studies do indicate that bitter melon may help people with diabetes. They also commented that bitter gourd treatment is safe for humans.

Gymnema Sylvestre is a diabetic herb, which is cultivated worldwide.  In India, it is known as gurmar, which means “sugar killer.”

In an experimental study (11), Gymnema Sylvestre leaf extract reduced blood glucose by 13.5 -60.0% in rats with diabetes.

Jamun – No.4 Herb for diabetes

Jamun grows abundantly in India, Pakistan, Bangladesh Nepal, Burma, Sri Lanka, Indonesia and Malaysia. It has been used in traditional folk medicine from ancient times. Before the discovery of insulin, jamun was a frontline herbal treatment for diabetes, even in Europe. In India, diabetics commonly consume Jamun seeds after brewing them in the boiling water. (14)

Several studies show the beneficial effects of Jamun on diabetes in animals as well as humans.

In an excellent, placebo-controlled, prospective clinical study (15), researchers investigated the effects of Jamun seeds in Type 2 diabetics. They had three groups: 10 patients on no anti-diabetes drugs, 10 patients taking oral anti-diabetic drugs, and a control group of healthy individuals.

Each group consumed dry powdered seeds of Jamun for fourteen days. On the 15th day, researchers collected fasting blood and urine samples for glucose. The results were impressive. In every patient, there was a marked decrease in fasting blood glucose in patients who were on anti-diabetic drugs as well as those who were on no anti-diabetic drugs. Moreover, there was no decrease in the blood sugar in individuals without diabetes.

Researchers found that serum glucose and serum insulin levels decreased significantly in groups 1 and 3. But, no similar changes were noticed in the control group 2. The reduction in glucose was 17% in group 1 and 16% in group 3; There was a reduction of insulin by 50% in group 1 and 40% in group 3.

Berberine – No.6 Herb for diabetes

Traditional Chinese and Native American medicine have used Berberine for centuries. There are a numbers of clinical reports about the glucose-lowering effects of berberine in the Chinese literature. However, most of the  studies were not well-designed. Finally, a landmark study (17) from China was published in 2008.

This study consist of two components:

In study A, a total of 36 patients who were newly diagnosed for Type 2 diabetes were randomly assigned to receive berberine or metformin for 3 months. Berberine was found to be as effective as metformin in lowering HbA1c, fasting blood glucose and post-meal blood glucose. In addition, berberine was superior to metformin in lowering triglycerides level. The glucose lowering effect was noticed within the first week. It continued to improve over the following 12 weeks.

Berberine In Combination With Other Diabetic Drugs

In study B, 48 adults with poorly controlled Type 2 diabetes were enrolled. They were kept on their anti-diabetic drugs which were sulfonylurea, metformin, acarbose and insulin – alone or in combination. Berberine was added as a dietary supplement. Patients were treated for 3 months. Berberine supplementation led to a reduction in HbA1c, fasting blood glucose, and post-meal blood glucose levels. In addition, berberine caused a reduction in triglycerides, LDL and total cholesterol levels.

Side-effects in the study mentioned above, were gastrointestinal: diarrhea (10.3%), constipation (6.9%), flatulence (19.0%) and abdominal pain (3.4%). The side effects were observed only in the first four weeks in most patients. In 14 (24.1%) patients, berberine dosage was decreased from 500 mg three times a day to 300 mg three times a day, as a consequence of gastrointestinal adverse events. Of the 14 patients, ten were treated with metformin or acarbose in combination with berberine. Diarrhea and or flatulence are well-known side-effects of metformin and acarbose.

None of the patients suffered from severe gastrointestinal adverse events when berberine was used alone. Berberine did not cause any change in the liver or kidney function.

In addition, studies hold promise that berberine may be an anti-cancer agent (21, 22).

Enough scientific evidence exists to indicate that certain herbs – Fenugreek, Bitter melon, Gymnema Sylvestre, Jamun, Nopal and Berberine – can lower blood sugar in individuals with diabetes. These herbs have been shown to be safe in the clinical trials.

*These statements have not been evaluated by the Food and Drug Administration. This product in not intended to diagnose, treat, cure or prevent any disease.

For more details about vitamins, minerals and herbs for diabetes please refer to “Reverse Your Type 2 Diabetes Scientifically”

1 review for Six Herbs for Diabetes In One Capsule – Diaherbs

This site uses Akismet to reduce spam. Learn how your comment data is processed. 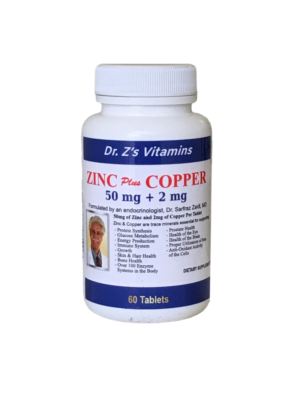 Dr. Z’s Vitamins – ZINC plus COPPER: Made in USA 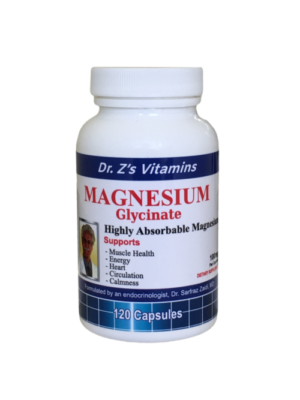 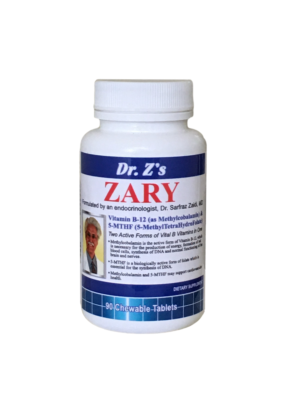 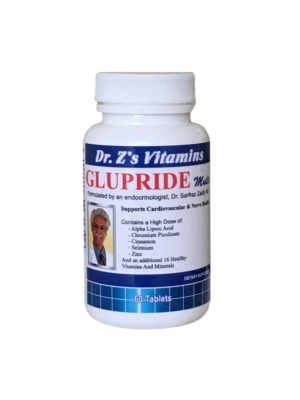