Treatment of Type 1 diabetes is life-long. It can be challenging at times, especially in the beginning. Patients as well as the loved ones go thru an emotional roller-coaster. It is all understandable. The best thing you can do is to accept the fact and educate yourself about the treatment of type 1 diabetes. In this way, you get in the driver seat and take charge of your diabetes. Then, you can live a pretty normal life. I have patients in their eighties, living a pretty good life without any serious complications of diabetes.

Like any other illness, my comprehensive approach to treat Type 1 diabetes consists of five steps SNEVM: stress management, diet, exercise, vitamins and medications. In this article I will describe the medications for the treatment of Type 1 diabetes.

Insulin therapy is the main treatment for Type 1 diabetic patients at the present time.

In non-diabetics, the pancreas produces insulin all the time at a rate of about 1 unit per hour. After eating a meal, the pancreas produces additional pulses of insulin to deal with the extra load of glucose in the meal.  In Type 1 diabetics, of course, the pancreas does not produce insulin at all. With insulin therapy, you can create a continuous level of insulin by administering a long-acting insulin once a day. In addition, you administer a short-acting insulin before each meal to regulate the glucose spike that comes after each meal.

Note: the time course of action of any insulin may vary considerably in different patients or at different times in the same patient.  The duration of action depends on dose, site of injection, blood supply, temperature, and physical activity.

Long-Acting Insulin in the Treatment of Type 1 Diabetes

Lantus (glargine) and Humulin U (ultralente) have a slower onset and longer duration of action than Humulin N/Novolin N (NPH) or Humulin L/Novolin L (lente).

NPH, lente, ultralente, and detemir have a peak of action that is undesirable as it can cause low blood glucose unexpectedly. On the other hand, glargine doesn’t have any peak of action, making it the most desirable long-acting insulin at the present time.

Glargine insulin needs to be given only once a day and provides a good basal level. Ultralente is also given as a once-a-day injection.

Detemir, NPH or lente are also known as intermediate-acting insulin and are generally given twice a day, usually before breakfast and at bedtime (or dinner time).

Short-Acting Insulin in the Treatment of Type 1 Diabetes

Short-acting insulin, such as Humalog (lispro), Novolog (aspart), Apridia (glulisine), or Regular insulin, is for use before each meal.

Which Short-Acting Insulin Is better and Why?

I prefer to prescribe Humalog (lispro), Novolog (aspart), or Apridia (glulisine) over Regular insulin. Why? Because these newer types of insulin have a very rapid onset of action. A patient can take the injection of lispro, aspart, or glulisine just before eating their meal.

Humalog (lispro), Novolog (aspart), and Apridia (glulisine) have another advantage. They are out of your system in about four to five hours as compared to Regular insulin, which hangs around or about eight hours. The shorter duration of action of lispro, aspart, and glulisine reduces the risk of low blood sugar as compared to regular insulin.

Why Regular Insulin Is Not A Good Choice

All short-acting insulin should be avoided at bedtime.

How to give Insulin

You can give yourself insulin in one of the following ways:

Insulin Shots in the Treatment of Type 1 Diabetes

Insulin shots deliver insulin to the body via an injection under the skin. You can give yourself an insulin shot with a traditional insulin syringe or with the relatively new technology of an insulin pen. Insulin pens are becoming popular because of their convenience—the pens are prefilled with insulin so that you don’t have to take the time to draw insulin from a bottle. You still need to calculate the dose of insulin to be administered each time you use a pen.

Insulin pens, which come prefilled, are rapidly becoming popular.  They make it easier for diabetics to administer insulin, especially in situations such as at school or in a restaurant or office.  Insulin pens are an especially good choice for children because they are self-contained and less cumbersome than insulin vials and syringes.

On each office visit, your blood glucose values should be reviewed and insulin doses should be further fine-tuned by your physician.

Insulin Pump in the Treatment of  Type 1 Diabetes

Via a needle inserted under the skin and attached to a beeper shaped pump that can hook to a belt loop, an insulin pump delivers insulin under the skin continuously. You program the pump to automatically administer an individualized basal rate of insulin throughout the day and night. After checking your blood glucose, you must also manually prompt the pump to administer a bolus of insulin before each meal.

You can program more than one basal rate, depending upon your individual needs. For example, most patients need to have two basal rates: one from 9 a.m. to 3 a.m. and then another higher basal rate from 3 a.m. to 9 a.m. to provide coverage for the dawn phenomenon.

What is Dawn Phenomenon?

Some patients prefer to have 3-4 basal rates.

Only short-acting insulin such as Lispro or Aspart  is used in an insulin pump to provide both a continuous, basal rate as well as premeal boluses.


Getting Started on an Insulin Pump

Once you decide to use an insulin pump, your physician will arrange for a nurse to spend time with you to educate you about your insulin pump. The nurse will familiarize you with the insulin pump and its accessories.

You then start a test period. For about three or four days, you wear an insulin pump, but instead of insulin, saline (salt water) runs through the system.

Once you feel comfortable with the operation of the pump, you go back to your physician to initiate your insulin therapy.

As mentioned above, there is a certain learning curve when you use an insulin pump. You can’t assume that your diabetes is now on autopilot! Depending on your blood glucose values, your physician may make further adjustments to your basal rate as well as boluses before meals. For example, in my patients, if early morning blood glucose values are high, I add another higher basal rate for the hours between 3 a.m. and 9 a.m. to cover the dawn phenomenon.

I also recommend further adjustments in the dose of boluses according to a patient’s blood glucose level before a meal, the amount of carbohydrates in the meal, and the level of activity planned after the meal. I tell my patients to decrease the dose of bolus if a high level of exercise such as jogging is planned after the meal.  When using an insulin pump, it’s especially important to learn carbohydrate counting so that you can accurately administer a bolus before each meal. A dietitian can help you in this regard. As a general rule, 1 unit of insulin is needed to cover 10–15 g of carbohydrates. But you will need to figure out how many grams of carbohydrates get covered by 1 unit of insulin, in your case.

Symlin (generic: pramlintide) in the Treatment of Type 1 Diabetes


Symlin is not insulin. It is a synthetic analogue of amylin, a hormone that is normally secreted along with insulin by the beta cells of the pancreas. Amylin decreases glucose production by the liver, decreases the rate at which food passes from the stomach to the intestines, and also reduces appetite. Through these actions, amylin prevents a sharp increase in blood glucose after a meal. In Type 1 diabetics, amylin is no longer present. Symlin has the same actions as amylin.

However, Symlin is not a replacement for insulin. It is used in addition to insulin to further control blood glucose levels after a meal.

Symlin must be taken before meals, in addition to short-acting insulin such as Humalog, Novolog, apridia, or regular insulin.  Like insulin, Symlin needs to given by injection. However, insulin and Symlin cannot be mixed in the same syringe. Insulin and Symlin need to be given by separate injections.  Symlin has not been tested in children.

Symlin, in combination with insulin, can cause severe hypoglycemia.

Therefore, you should not use Symlin if you:

Side Effects of Symlin

Symlin often causes nausea. If you already suffer from slow stomach emptying (a diabetic complication known as gastroparesis), you should not be on Symlin. Other side effects include vomiting, headache, weakness, dizziness, and allergic reaction.  At this time, we have very limited experience with Symlin at the Jamila Diabetes & Endocrine Medical Center. Therefore, I can’t give you my complete opinion about this new drug.  Insulin Resistance Syndrome in Type 1 Diabetics Some Type 1 diabetics slowly develop Insulin Resistance Syndrome as they get older, gain weight, and adopt a sedentary lifestyle. A typical young, thin, Type 1 diabetic patient requires about 30 to 40 units of insulin per twenty-four hours. If you use more than 40 units of insulin per each twenty-four-hour period, you probably have insulin resistance. Insulin resistance places you at high risk for cardiovascular events such as heart attacks and strokes. 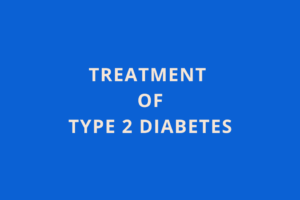 The customary treatment of Type 2 diabetes is not very[...] 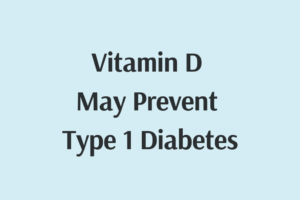 Vitamin D may prevent Type 1 Diabetes, based on strong[...]

Diabetic neuropathy is a nerve disease in diabetes. It is[...]