What Is Vitamin D Toxicity?

Vitamin D toxicity is defined as “too much vitamin D, causing harm to the body.”

What Are Toxic Levels Of Vitamin D ?

In an excellent (1) from Canada, the author concluded that a blood level of vitamin D more than 300 ng/ml (750 nmol/L) is considered to be to be toxic level. However, in an animal model (2), blood levels of vitamin D up to 400 ng/ml (1000 nmol/L) was not associated with any toxicity.

Researchers from the University of Toronto, Canada,  report 2 cases of high doses of vitamin D.(3)

The second gentleman was a 39-year-old man with multiple sclerosis. He increased vitamin D3 dose from 8,000 to 88,000 I.U./day over a period of 4 years. At this extremely high dose, his vitamin D level was 450 ng/ml, and his blood calcium was 2.63 mmol/L (reference range (2.2-2.6 mmol/L). As you can see, even at this super-high dose of vitamin D, his serum calcium was only slightly above the upper limit of normal. And he did not have any symptoms of toxicity. At this point, he stopped vitamin D3. Two months later, his blood calcium values were within reference range. In addition, his vitamin D level fell by about one-half, to 262 ng/ml.

Our Own Clinical Experience

I have seen many individuals who have been on a daily dose of vitamin D3 as 15,000 to 30,000 I.U. for several years. Their vitamin D level often gets above 100 ng/ml, but less than 130 ng/ml. But none of them have experienced toxicity. Their calcium in the blood remains in the normal range.

How Frequent Is Vitamin D Toxicity?

There are only a handful cases of vitamin D toxicity in the medical literature. For example, here are two reports:

A case of vitamin D toxicity was reported (4) from India. The patient was a 70-year-old woman with hypertension and diabetes. She presented with symptoms of decreased appetite, constipation and episodes of transient loss of consciousness. On investigation, her blood calcium was 12.4 mg/dL (normal range 8.5-10.5 mg/dL.) At the same time, her vitamin D level was 2016 ng/mL. History revealed the patient had received 4 injections of vitamin D3, each of 600, 000 I.U. , prior to coming to the hospital. She completely recovered once she recived treatment of her vitamin D toxicity.

In another excellent study (5) from India, researchers described 10 cases of  vitamin D toxicity over a decade since 2000. The dose of vitamin D ranged from 3.6 million I.U. to 210 million I.U. . These patients presented with symptoms of vomiting, excessive urination, excessive thirst, confusion and kidney failure. Nine individuals recovered, while one died due to overwhelming infection.

Another study (6) came from Columbia University, USA. In this report, researchers described 9 patients who presented with toxic levels of vitamin D. All of these individuals reported taking an over-the-counter vitamin supplement called Soladek. Each 5-ml vial of Soladek contains vitamin D3 (864,000 I.U.) and vitamin A (predominantly retinyl palmitate 123,500 I.U.)

It is pretty obvious that all of these patients with vitamin D toxicity were taking an extremely high dose of vitamin D.

Can You Develop Vitamin D Toxicity From Too Much Sun?

The answer is No. You can’t develop vitamin D toxicity from too much sun exposure. This is why? The skin forms as much vitamin D as the body needs. Beyond that, it degrades any excess vitamin D into inactive metabolites. Pretty smart!

Vitamin D helps in the absorption of calcium from the intestines. Therefore, toxic levels of Vitamin D can cause an increase in blood level of calcium. Thus, vitamin D toxicity manifests itself as a high level of calcium in the blood.

In general, symptoms of vitamin D toxicity are due to an increase in the blood level of calcium.

Mild increase in blood calcium level : Usually you do not develop any symptoms of vitamin D toxicity.

Moderate increase in blood calcium : Usually causes non-specific symptoms such as nausea, vomiting, constipation, poor appetite, weight loss and weakness. Remember these symptoms can be caused by a variety of other medical conditions as well.

Severe increase in blood calcium level : Causes neurologic symptoms such as somnolence, confusion, even coma and heart rhythm abnormalities which can be fatal if not treated promptly. 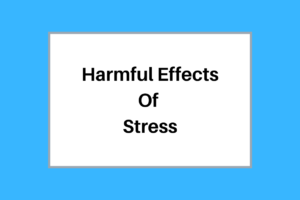 Harmful effects of stress are well-known for a long time.[...]

Ulcerative Colitis Diet That Can Heal – What to Eat and Avoid

Diet for ulcerative colitis plays such an important role in[...]