T4 and T3 are two hormones that your thyroid gland produces on a daily basis. Reverse T3 is a degradation product of T4. It is a biologically inactive compound. In contrast to what many peopel mistakenly think, TSH – Thyroid Stimulating Hormone – is not a thyroid hormone. It simply regulates the production of T4 and T3.

What Is the Thyroid Gland?

Thyroid gland is a small endocrine gland, shaped like a butterfly. It sits low in your anterior neck, below the thyroid cartilage (Adam’s Apple.) 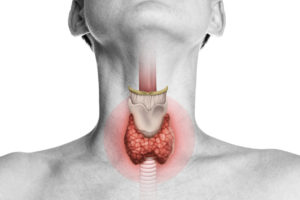 The basic functioning unit of the thyroid gland is thyroid follicle. Think of a follicle as a sac, lined by a layer of thyroid cells. These are called follicular cells. These cells produce a special protein called Thyroglobulin, which is then stored in the central cavity of each follicle. Synthesis of thyroid hormones takes place on this preformed thyroglobulin.

To synthesize thyroid hormones, thyroid cells need iodine, which primarily comes from diet. Iodine is a trace element which is present in variable amounts in the earth’s crust. However, sea water contains fairly good amounts of iodine. Dietary iodine is converted to inorganic iodide inside the body.

Each thyroid cell has an outer (basal) wall, an inner (apical) wall and two sidewalls. The basal wall actively transports iodide from blood circulation into the cell. The term for step is Iodide Uptake. Iodide then goes inside the thyroid cell towards its inner apical wall, where synthesis of T4 and T3 takes place.

In order to produce thyroid hormones, the thyroid cell combines iodide with tyrosine, an essential amino acid present inside the thyroglobulin molecule. Medical term for this process is iodination of tyrosine. This chemical reaction requires an enzyme called TPO (Thyroid Peroxidase) as well as H2O2 (Hydrogen Peroxide.)

This unique storage function of the thyroid gland provides a safety-net against depletion of thyroid hormones, should synthesis cease for some reason.

Release of T4 and T3

Small amounts of T3 and T4 enter the blood circulation according to your body’s needs. This process involves re-absorption of thyroglobulin from the follicular lumen back into the thyroid cell, where thyroglobulin undergoes breakdown. Consequently, T4, T3, DIT and MIT are freed from the thyroglobulin molecule. T3 and T4, then get into blood circulation. MIT and DIT remain inside the cell and undergo further breakdown, as a result of which iodide is freed from tyrosine. A variable amount of freed iodide gets into blood circulation. The remaining freed iodide stays inside the cell and is recycled for reformation of MIT and DIT.

Transport Of T4 and T3

Most of the T4 and T3 circulate in the blood, tightly bound to proteins, the most important of which is called TBG (Thyroid Binding Globulin). The other two less important binding proteins are TBPA (Thyroid Binding PreAlb umin) and albumin.

T4 and T3 in the bound form are metabolically inactive. Only a tiny fraction, 0.03% of total T4 and 0.3% of total T3, is present as Free T4 and Free T3 respectively. It is these free fractions that are available to tissues. Remember, even Free T4 is metabolically not very active. It has to convert to Free T3, which is the active thyroid hormone.

T4 converts to T3 in the Tissues

T4 to T3 conversion takes place under the guidance of an enzyme called 5′-deiodinase (DI). There are two types of 5′-DI: Type 1-DI and Type 2-DI.

Type 1-DI is most abundant in the peripheral tissues, especially in the thyroid, liver, kidneys, and muscles. Type 2-DI is mostly found in the brain and pituitary gland.

T3 Is the Active Thyroid Hormone

Out of all of the thyroid hormones, T3 is the most active hormone. In order to carry out the thyroid hormone function, T3 combines with Thyroid Hormone Receptor (THR) located inside the nucleus of a cell. Then it exerts its effects on almost every organ in the body, in particular the heart, brain, muscles, bones, skin, intestines and reproductive organs.

T4 Is the Reservoir Of Thyroid Hormone

On the other hand, T4 serves as a reservoir for the thyroid hormone. It converts into T3 to meet the body’s demands.

What Happens With High T4 and T3

If levels of T4 and T3 go high, a person develops symptoms of overactive thyroid – hyperthyroidism.

What Happens With Low T4 and T3

On the other hand, if T4 and T3 level go down a person develops symptoms of underactive thyroid – hypothyroidism.

T4 also converts into Reverse T3 (rT3). This conversion takes place under the guidance of another enzyme, called 5-deiodinase or Type 3 DI. Daily production of reverse T3 (rT3) is about 19 micrograms. It important to realize that Reverse T3 is an inactive thyroid hormone.

Deiodination Of T4 And T3

Further deiodination of T3 and Reverse T3 leads to the formation of T2, which is then deiodinated to T1 and ultimately to T0. Clinically speaking, T2, T1 and T0 do not possess any significant biologic activity.

Metabolism Of T4 To Other Inactive Compounds

About 70% of circulating Free T4 converts to Free T3 and rT3 in a ratio of about 60% T3 to 40% rT3. The remaining 30% of Free T4 converts into Inactive compounds through mechanisms independent of deiodinases. These mechanisms are sulfation, glucuronidation, deamination and decarboxylation of T4, primarily in the liver. medically speaking, we call them the alternative pathways of T4 degradation.

These alternative pathways of T4 degradation become clinically important when someone is on high dose of Levothyroxine. Typically, these are the patients who have undergone total thyroidectomy for thyroid cancer. A high dose of Levothyroxine causes a shift to increased T4 degradation into inactive compounds through alternative pathways. Consequently, less T4 is left for conversion into T3. Therefore, these individuals suffer from a Low T3 state due to two reasons: a marked decrease in the peripheral T4 to T3 conversion and a lack of about 20% of daily production of T3 from the thyroid gland itself.

The function of the thyroid gland is regulated in several ways:

TSH is short for Thyroid Stimulating Hormone. It is a hormone that the Pituitary Gland produces in response to the level of T3 inside the pituitary cells.

The hypothalamus itself is influenced by the limbic system, as well as various chemicals (neurotransmitters) in the brain. The Limbic system is the center of our emotions. In this way, stress as well as psychiatric illnesses as well as medications can affect the production of your thyroid hormones, by influencing your hypothalamus, pituitary gland and TSH level.

However, hypothyroidism or hyperthyroidism may rarely develop due to the chronic use of iodine in large doses. This has been reported in individuals with pre-existing Hashimoto’s thyroiditis or Graves’ disease. However, the vast majority of people do not become hyperthyroid or hypothyroid if they consume large amounts of iodine. The Japanese are the best evidence in this regard. The average Japanese consumes more than 12,000 micrograms of iodine per day, as compared to the typical American who consumes only about 240 micrograms of iodine per day. The incidence of hyperthyroidism or hypothyroidism is not significantly different between these two populations. 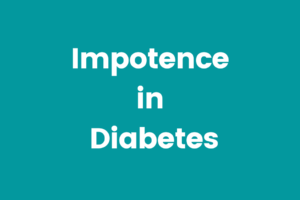 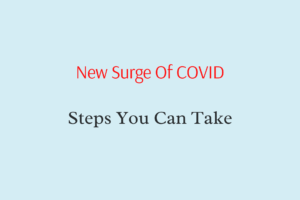 Beginning of The New Surge Of COVID Cases

So, the number of COVID cases are rising in the[...] 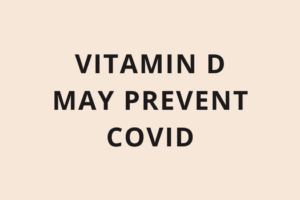 Can Vitamin D Supplement Lower COVID Risk and How?

Can vitamin D supplement lower COVID risk? Well, it is[...]