High Prolactin level in the blood can occur due to a variety of reasons. First let me explain what is Prolactin and what is its normal function.

Prolactin is one of several hormones, produced by the pituitary gland. Prolactin secretion has a circadian rhythm: its level is highest during sleep at night and lowest around noon time.

Secretion of prolactin takes place in pulses, usually separated by about 90 minutes.

What is the normal function of Prolactin?

The main normal function of prolactin is during and after pregnancy. During pregnancy, It is produced in large amounts and is responsible for lactation after delivery.

Prolactin also causes lack of mense during pregnancy and for a number of months after delivery.

Causes of a High Prolactin

When someone is found to have a high prolactin level on a blood testing, usually physicians ( especially in the USA ) have a knee jerk reflex of ordering MRI sacn of the brain to rukle out pituitary tumor. Because they don’t want to miss the diagnosis of a tumor for fear of litigation. This mind set often results in unnecessary MRI scans of the brain. This kind of practice may actually miss the real cause of elevated prolactin level such as drugs.

Here is a list of the common causes of a high prolactin level in the blood:

High Prolactin is not always due to a medical disorder

Mildly high prolactin can occur due to a number of normal conditions:

Once a firm diagnosis of high prolactin level has been made, next step is to find out its cause.

A step-by-step approach is important, with special emphasis to rule out pregnancy, drugs and hypothyroidism. Then an MRI of the pituitary area should be obtained in appropriate cases to evaluate for the possible pituitary pathology.

You should see an endocrinologist for the proper diagnostic work-up of the high prolactin level.

Treatment of high prolactin obviously depend upon the cause.

For high prolactin level due to a pituitary tumor, three treatment modalities are available:

Side effects from these drugs include:

Surgery itself is often non-curative and often needs to be followed by drugs.

Radiation takes years to be effective and can cause serious irreversible damage tothe pituitary gland and other strucures in the brain.

Obviously, you need to discuss pros and cons each treatment modality of high prolactin with your physician. 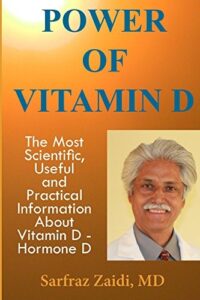